The Discovery of the Endocannabinoid System 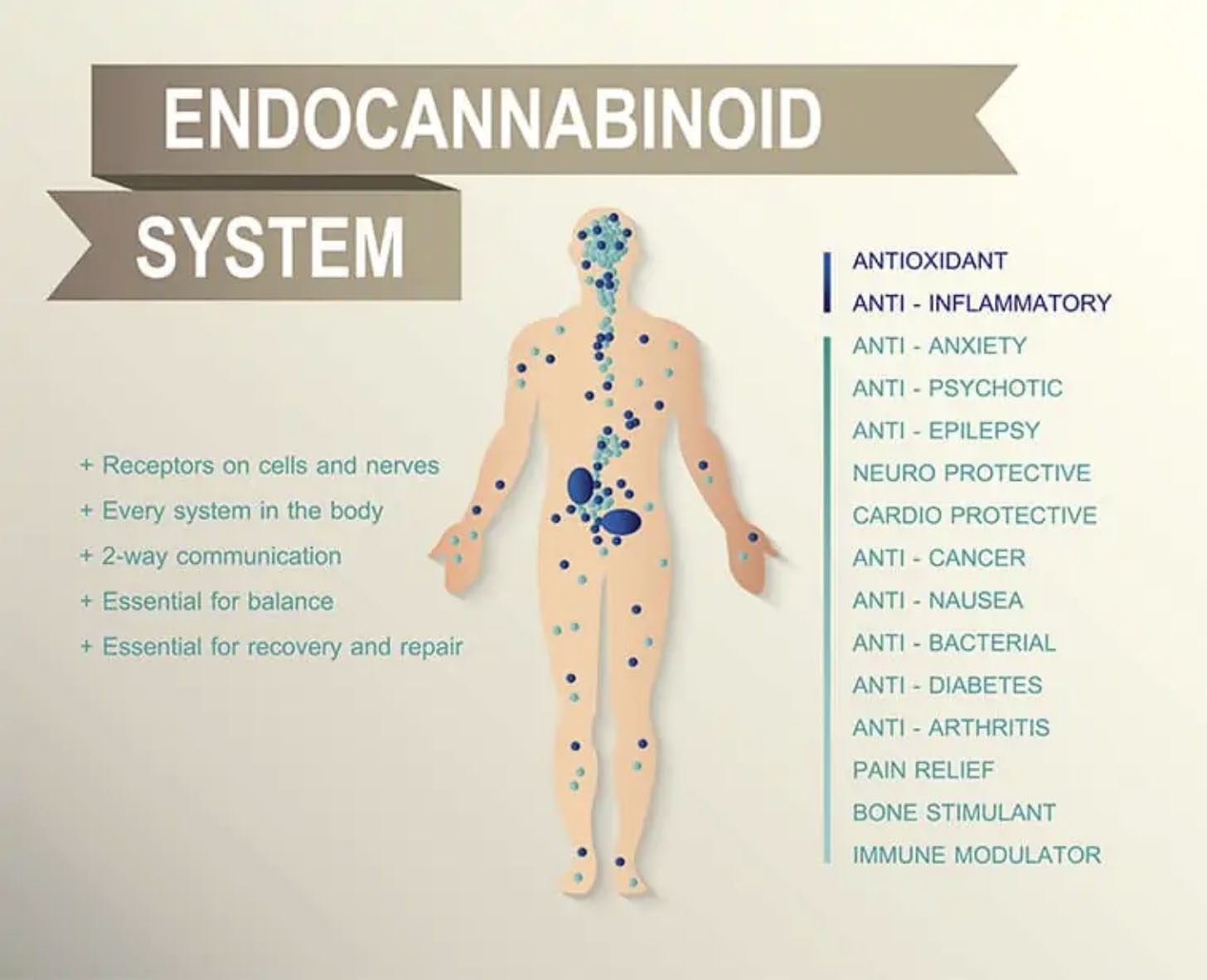 The answer involves the endocannabinoid system.

The endocannabinoid system, or ECS for short, is a system within our bodies that’s responsible for homeostasis. That is, a body’s ability to maintain itself and function properly. Think of the ECS as a control mechanism that works through chemical communication in your body to achieve general well-being.

It regulates many of the body’s physiological processes, such as pain, inflammation, as well as the cardiovascular, gastrointestinal and respiratory systems, metabolism, and immunity. The system also affects other body processes, like memory, mood, appetite, and sleep. Pretty fascinating stuff we think!

The endocannabinoid system was discovered in the 1990s, and some scientists describe it as one of the most important scientific discoveries ever.

The Path to Discovery
Cannabis has been known for its medicinal properties for thousands of years, but a deeper understanding of why came only recently. In the early 1940s, American chemist Roger Adams identified and synthesized cannabidiol (CBD) and cannabinol (CBN). In 1964, the psychoactive cannabinoid, tetrahydrocannabinol, or THC, was identified by Dr. Raphael Mechoulam, an organic chemist at the Hebrew University of Jerusalem, a man responsible for much of the groundbreaking work on the endocannabinoid system. In 1988 cannabinoid receptors were discovered in the brains of animals, finally leading to the discovery of the endocannabinoid system.

While at first it was thought that the endocannabinoid system was limited to the brain and nerves, according to an article in UCLA Health, it’s now known that endocannabinoid receptors are found throughout the body, including in the skin, bone, fat tissue, liver, pancreas, skeleton muscles, heart, blood vessels, kidney, GI tract, and immune cells.

CBD and the Endocannabinoid System
While much is still being learned about the endocannabinoid system, research shows that CBD strengthens the endocannabinoid system, allowing your body to correct irregularities. CBD binds with receptors, activating them for therapeutic effects. It reduces stress, produces a sense of calm, and helps people focus. It can also reduce inflammation and support healthy sleep cycles. It’s also thought that manipulating the system through the use of CBD can help treat or prevent diabetes, cancer, and heart ailments.

According to the National Institutes of Health, CBD affects the endocannabinoid system in ways that may be useful in treating a number of ailments. These include:

Research is ongoing, and scientists are learning more about CBD and the endocannabinoid systems every day. It’s thought by many that an increased understanding of the endocannabinoid system will lead to new therapies and important health breakthroughs in the years to come. Join us on this journey by incorporating CBD and other plant based therapies into your daily routine to help live your best life!