My account
Sign-in » Register
0
Cart is empty
View cart
Checkout
Home/From Future Heirlooms to Inner Diva Studio/Pursuing my dream wherever it chose to lead me.

Pursuing my dream wherever it chose to lead me. 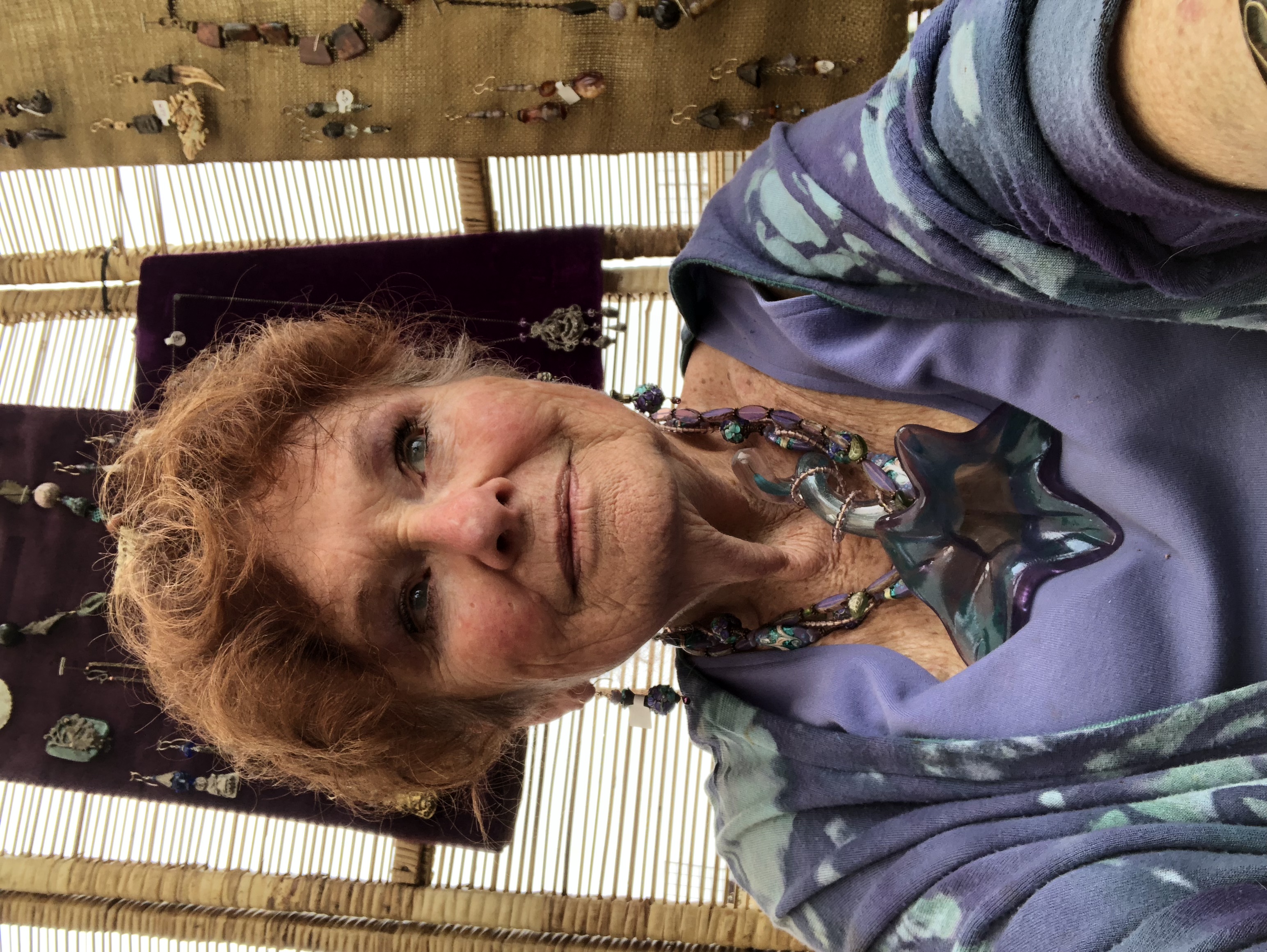 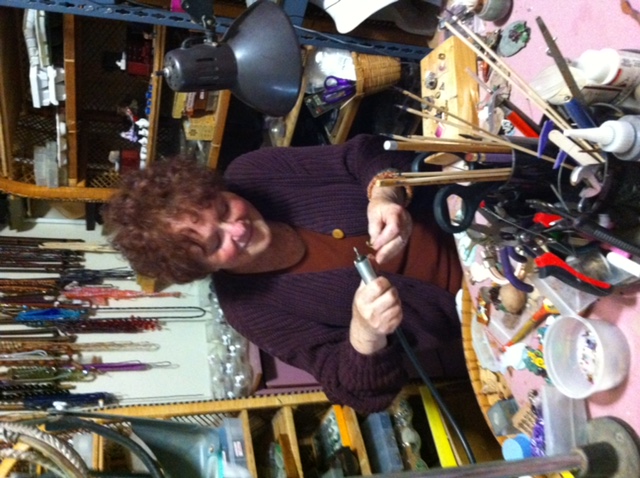 I am fortunate to be able to do something I absolutely love! 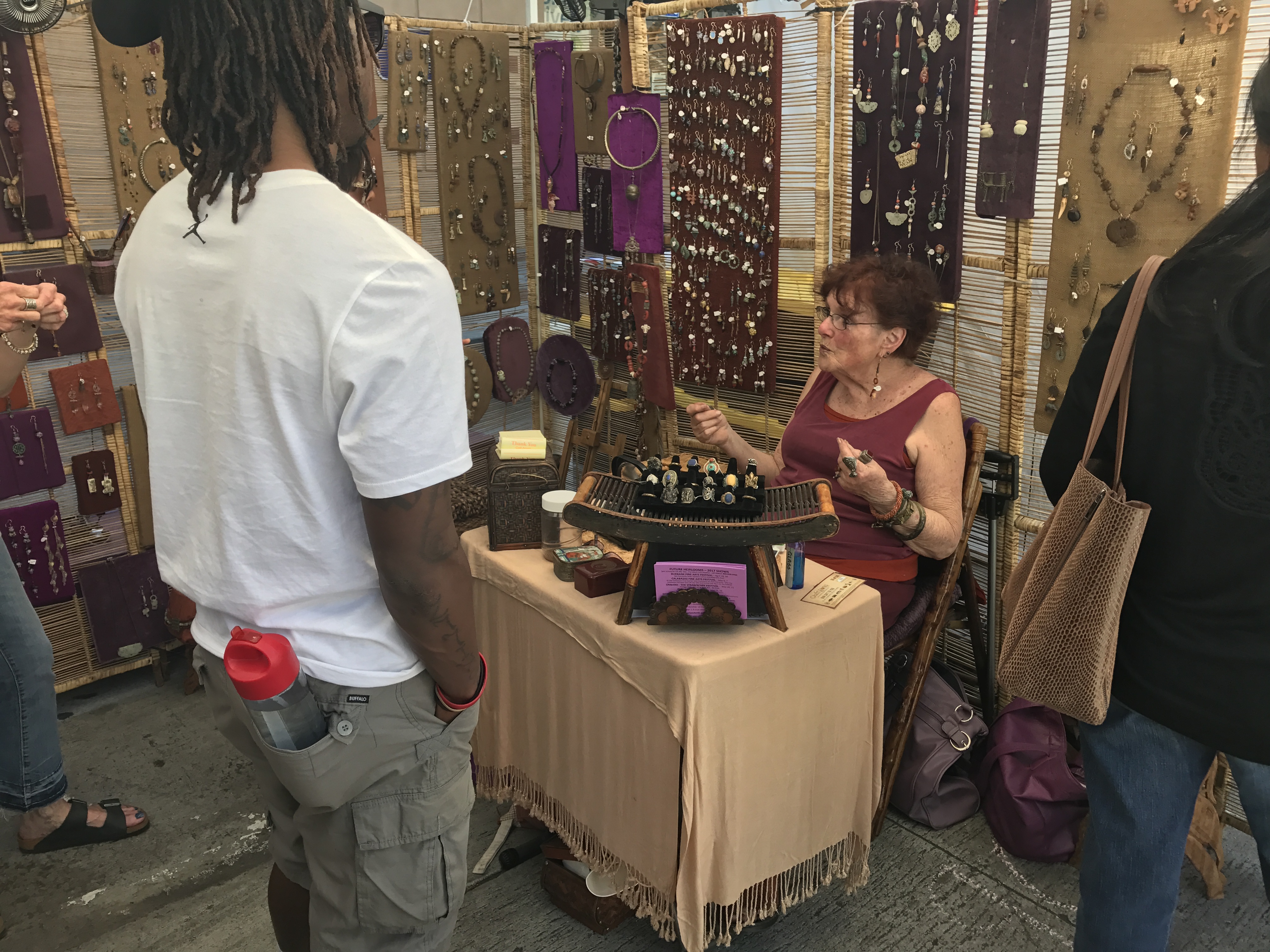 In 1972, President Nixon opened trade with China. I was taking jewelry, casting, and welding classes at the time, and the following year, when I went to buy facetted stones for my projects, I saw some tiny, antique objects that hooked me immediately.
They were from the Ch’ing Dynasty (1611 - 1911) - some enameled horoscope figures, some hair ornaments covered, imperfectly now, with the breast feathers of the Kingfisher, others cast in silver, or carved of mutton-fat jade (so called because it has a pale greenish cast). 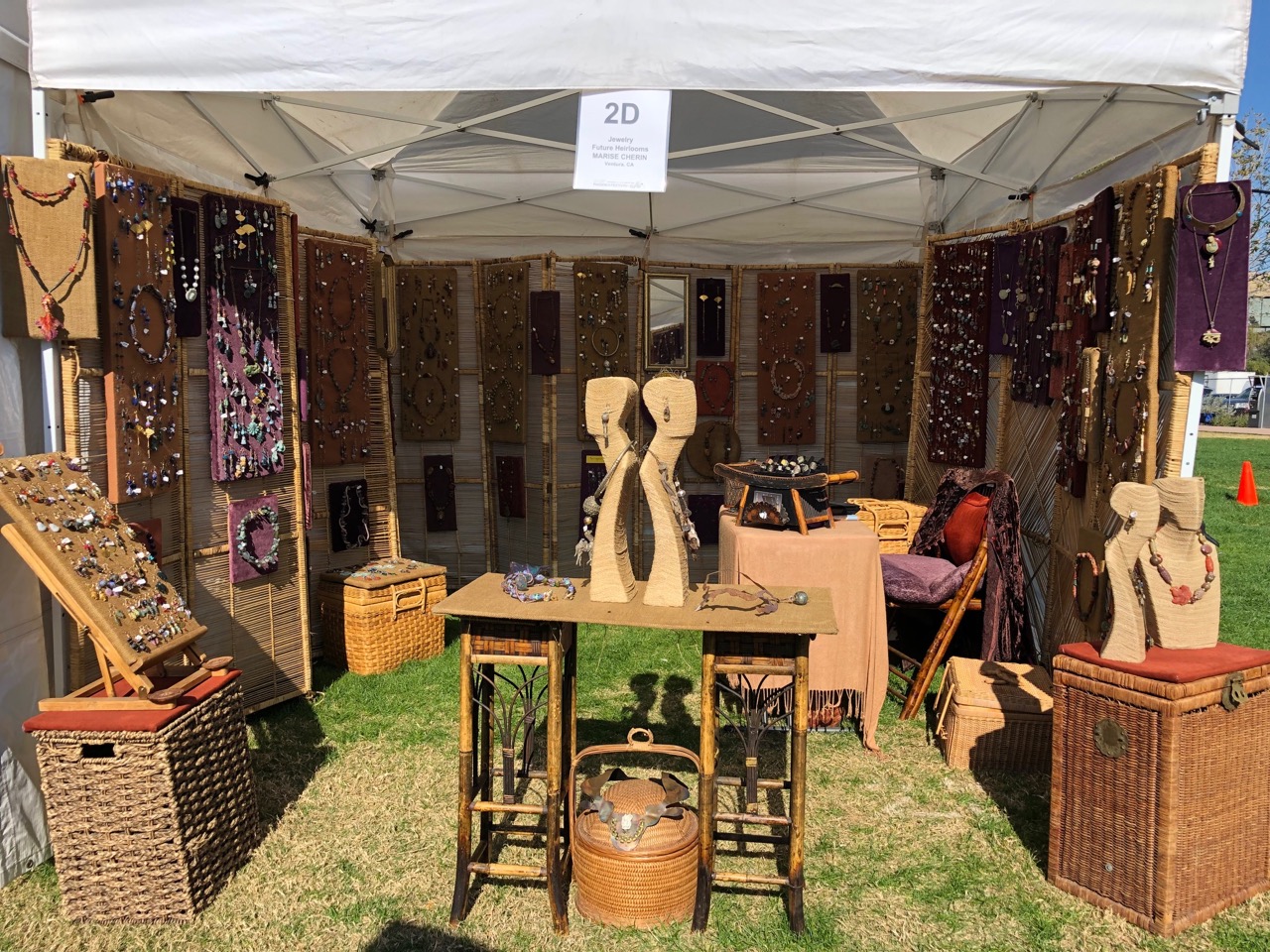 Approximately 1 - 2 inches in size, they said “earrings” to me, even though working with them would go against everything I admired about Howard Roark in Ayn Rand’s The Fountainhead. "Well - just a couple of pair for me", I lied to myself, as I phoned friends asking for loans until my next paycheck; these little things were one-of-a-kind and wouldn’t be there the next time I went. 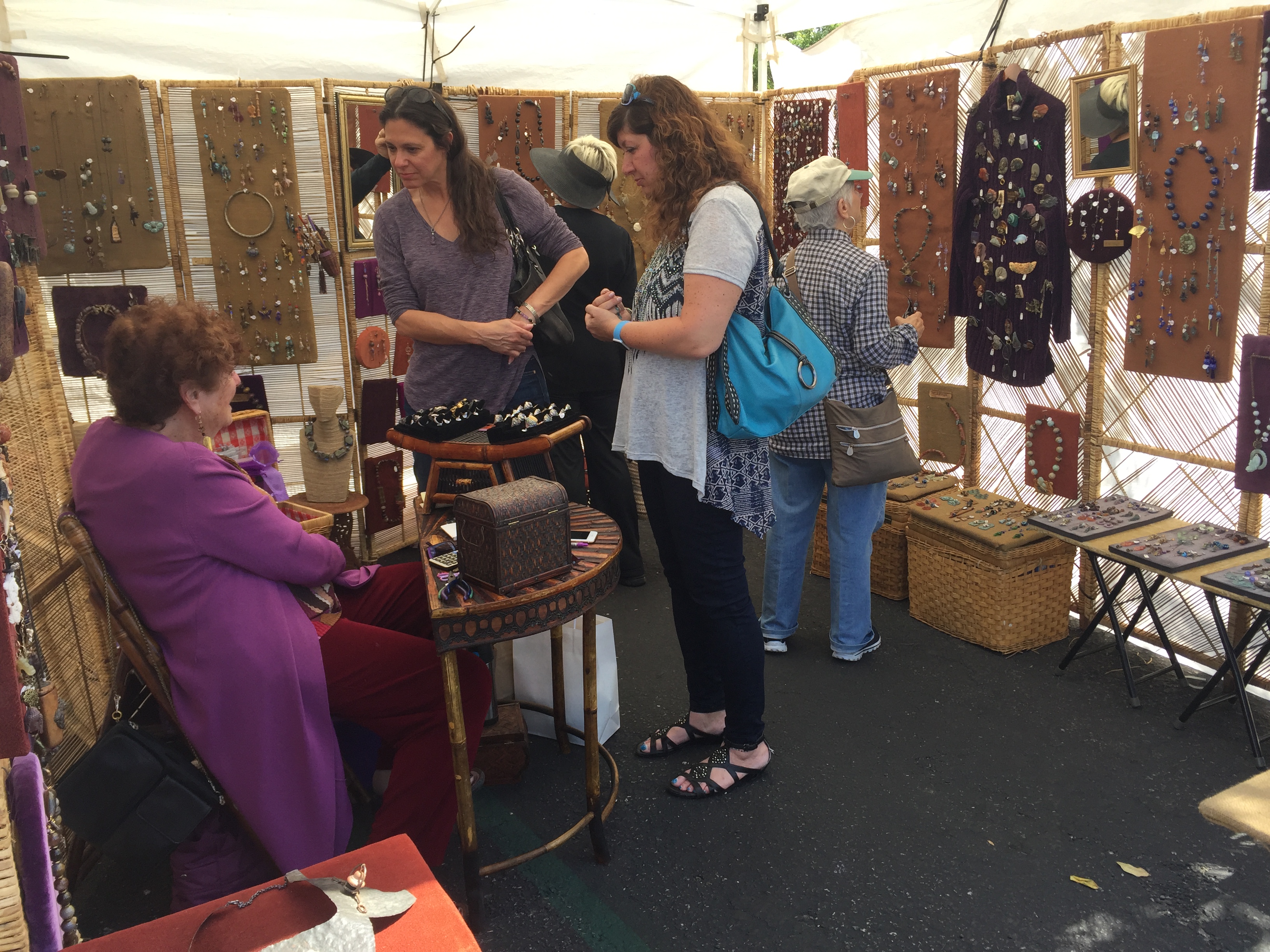 In 1979, I put everything away in storage and backpacked around Europe for about 7 months. The challenge was doing it; the question became, now that I’m here, what do I want to see or do?
My first trip to the British Museum answered that. There was so much to see - things from ancient civilizations that had already fascinated me; what I found most interesting were the everyday things people used in their houses and caves. And there was the jewelry - a necklace of shells that was 25,000 years old, earrings of unusual shaped wire; I took some notes, made a few sketches.

I haunted the museums of natural history in every city I visited and bought the museum illustrated catalogues and mailed them home.

When I returned to California and unpacked, I wanted to pick up designing where I had left off, but it was uninspired, wishful thinking, so, frustrated,  I did nothing. Finally a friend said, “ Just start; put something together. If you don’t like it, you can take it apart and begin again, but start…” 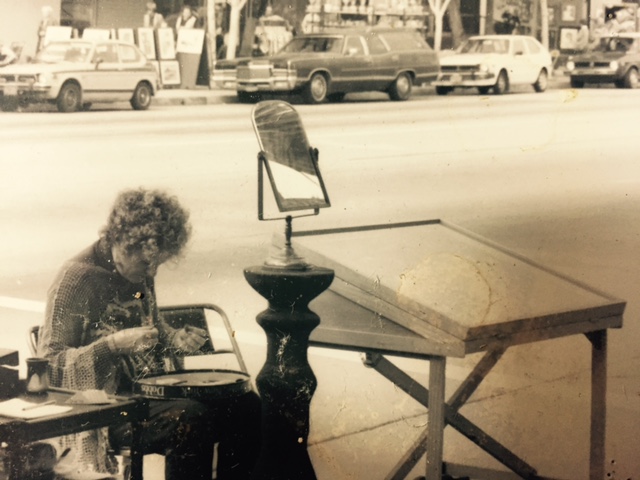 He was right; sometimes to know where to begin you must just begin and find out after.

The next few years were pure addiction. I had already gone through the panic of realizing nothing matched as I saw everything laid out on the dining room table; I was sipping my coffee on Thanksgiving morning, so worried about what I was going to do with all those tiny, different objects that I backed out of going to dinner, when I actually heard a voice in my head saying, Don’t match them, co-ordinate them.

In order to do the kind of jewelry I do, one must have a large - very large - selection of beads and findings from which to choose for optimum design. From 1990 - 2017, each February saw me driving to the HUGE show in Tucson, Arizona; it was held in twelve hotels plus numerous gigantic tents, and often there were little independent EZ-Ups set up just here and there. 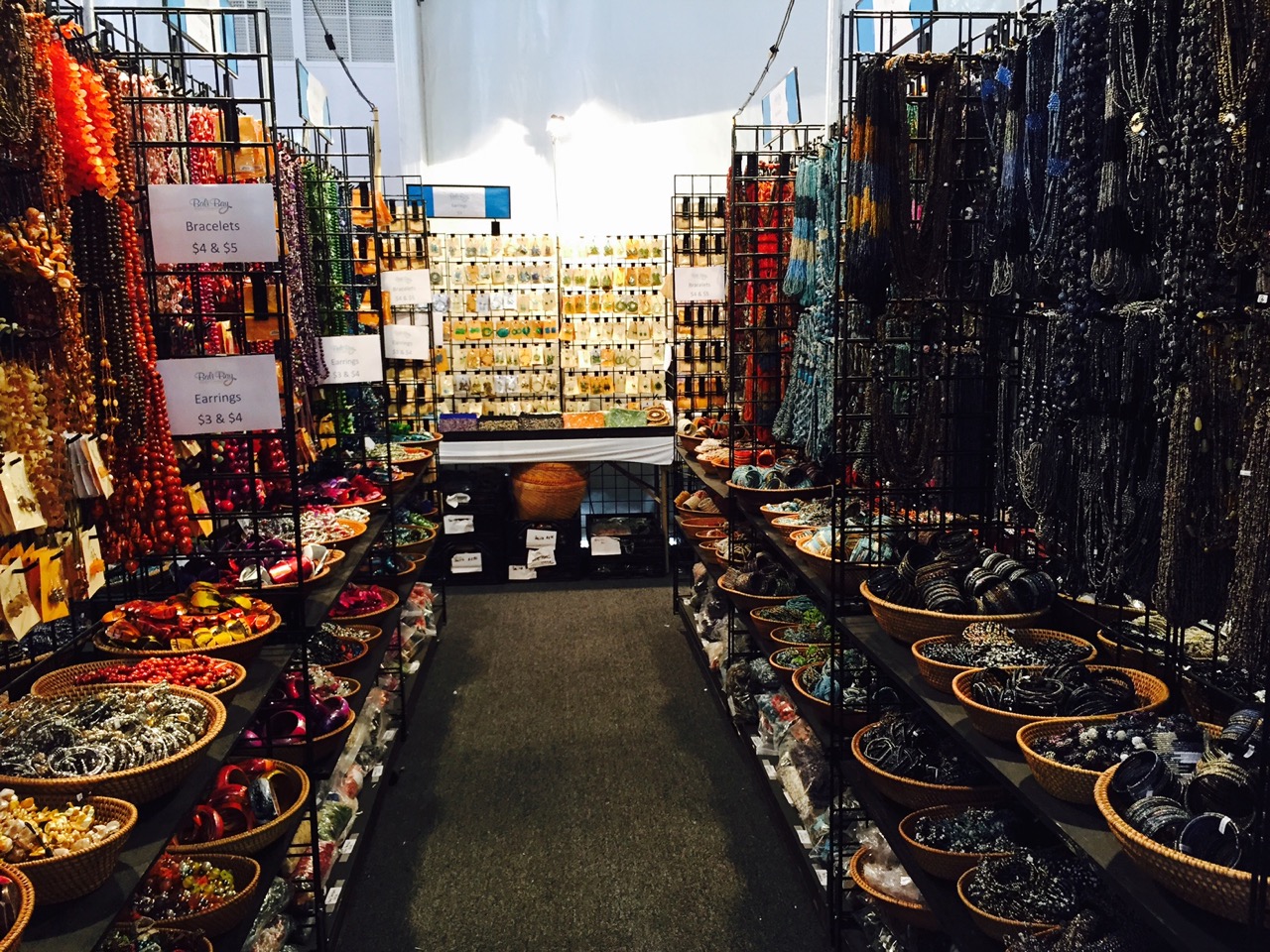 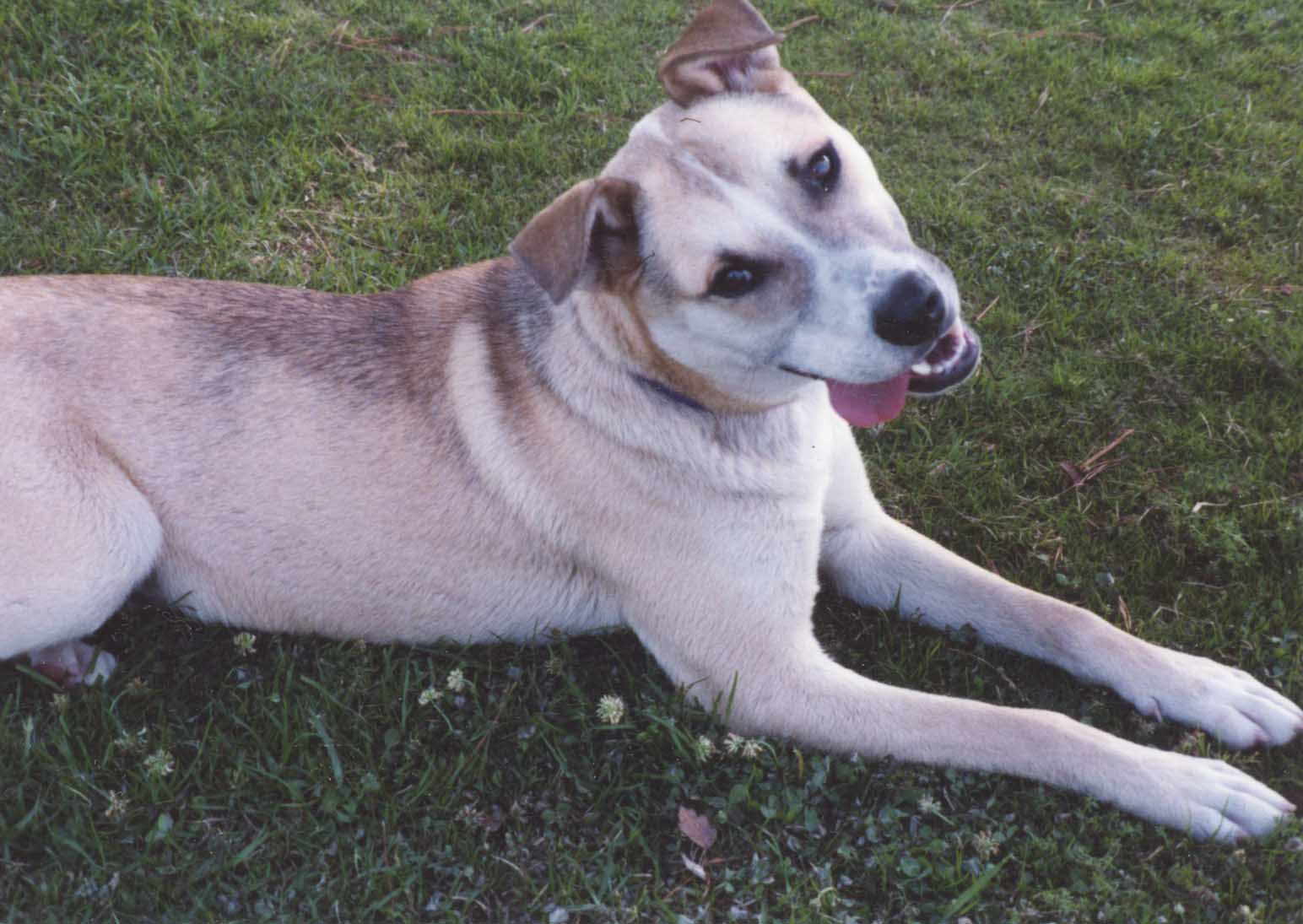 The first dozen years, it was with Raindance, my Shepherd/Pit mix (with the disposition of a kitten, but he looked tough). We would stay in my van (I was exhibiting in art shows by then) and park anywhere quiet. The rest of the years, my jewelry-designing friend, Nina, and I would go together and share a room. We’d be at the first location (oh - where to go first? Who was likely to have to ones-of-a-kind?) before the 9:00 opening, and we didn’t stop at all (nibbling while walking and coffee in thermoses) until the show closed at 6:00. Stating in 2008 my newly-rescued little dog, Foui, came with us in a large stroller that helped carry everything. 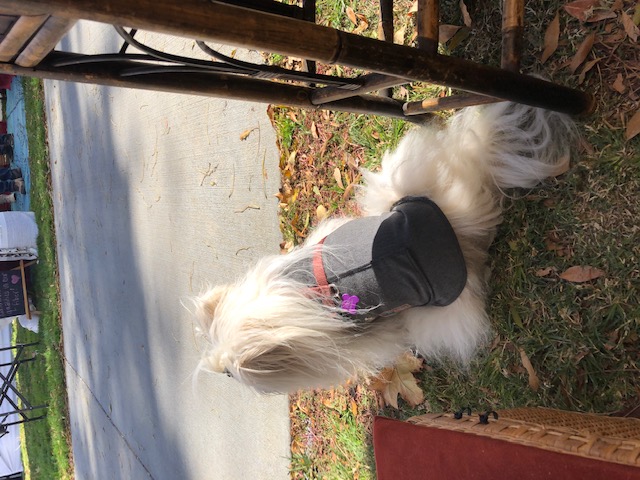 Exhibiters came from all over the world to sell at this show; they offered Ch’ing antiques, Viking belt remains, antique European beads, antique objects from Nepal and the Orissa tribe and the Banjara Gypsies and Africa. There were stands of ancient tomb beads from Egypt and Mali, Africa; and my treasure - a strand of tiny glass and stone beads from Mojenodaro, Sumer (now Iraq) dating back to approximately 3000 BC. There were lovely new beads from everywhere - carved stones, molded glass, flowers, leaves, creatures, metal shapes. Originally, when I returned from Europe, everything I had fit into one very large, divided box; it now has put me out of my bedroom, and I think I see it creeping into areas of the living room too… 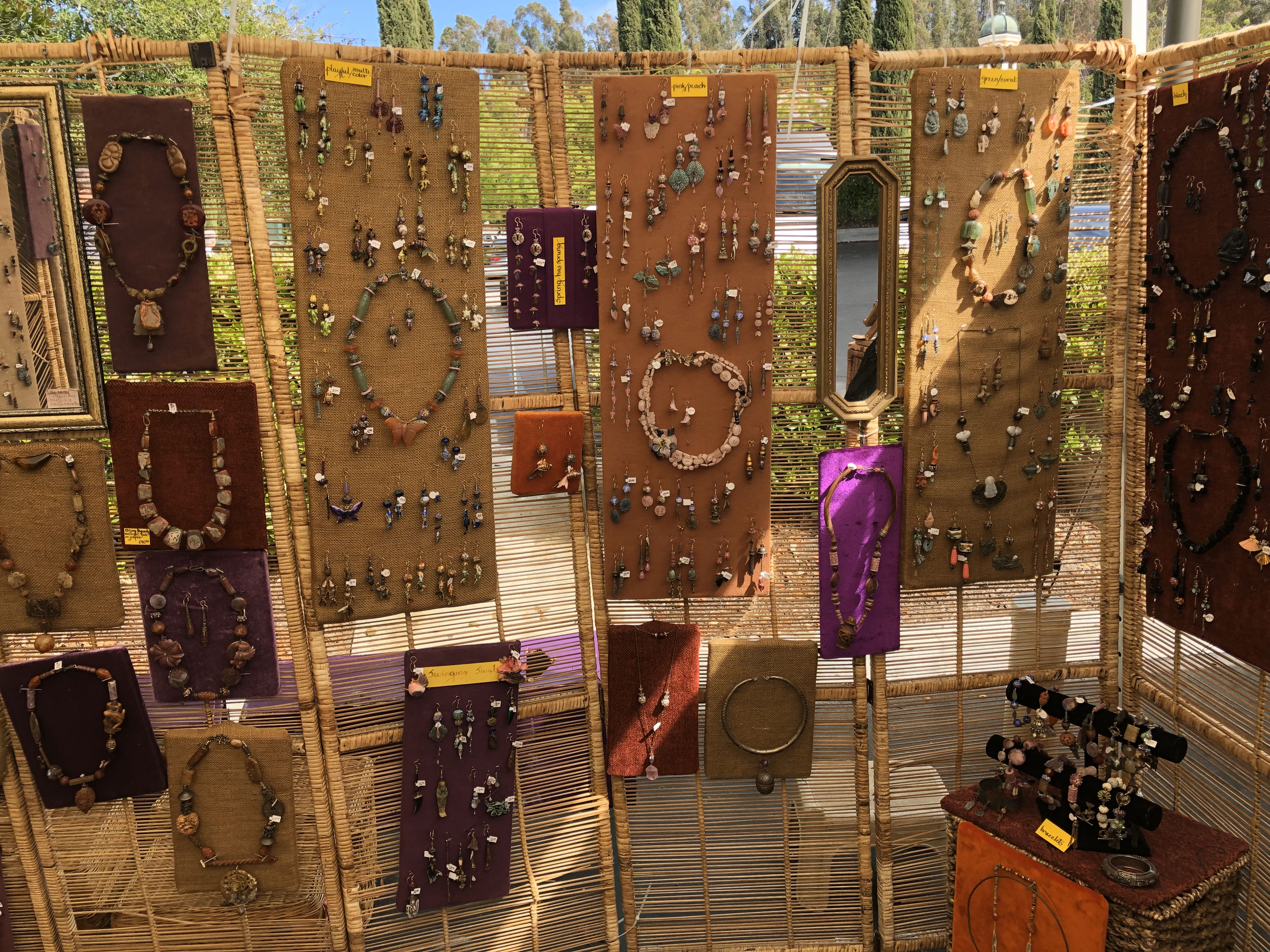 In 1985, when I was coming out of the great museum in Cairo, Egypt, I physically bumped into a man who was coming in to continue copying small clay gods which he reproduced in the same clay (faience) from which the originals were made thousands of years before; some of these reproductions are now in my designs.

I lay out “ideas” - beads and objects that turn me on when they’re together; a very small hit of grass gives me different perspectives on where I might take an idea, and, when suddenly it comes together, it is the most DELIGHTFUL moment - exciting, satisfying, inspiring me to make another idea come to fruition. 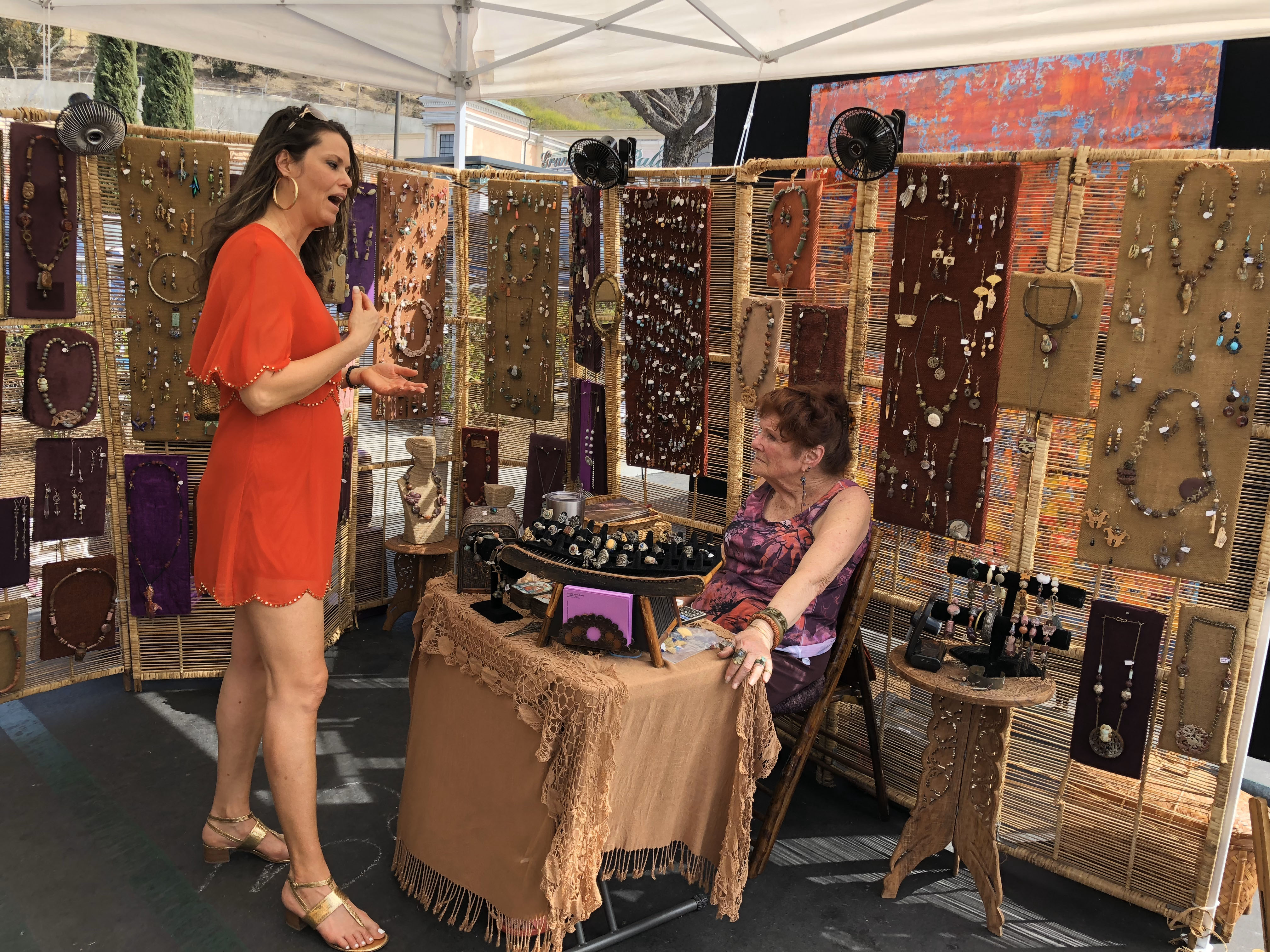